OUTDOOR GAMES HIRE based in Wymondham 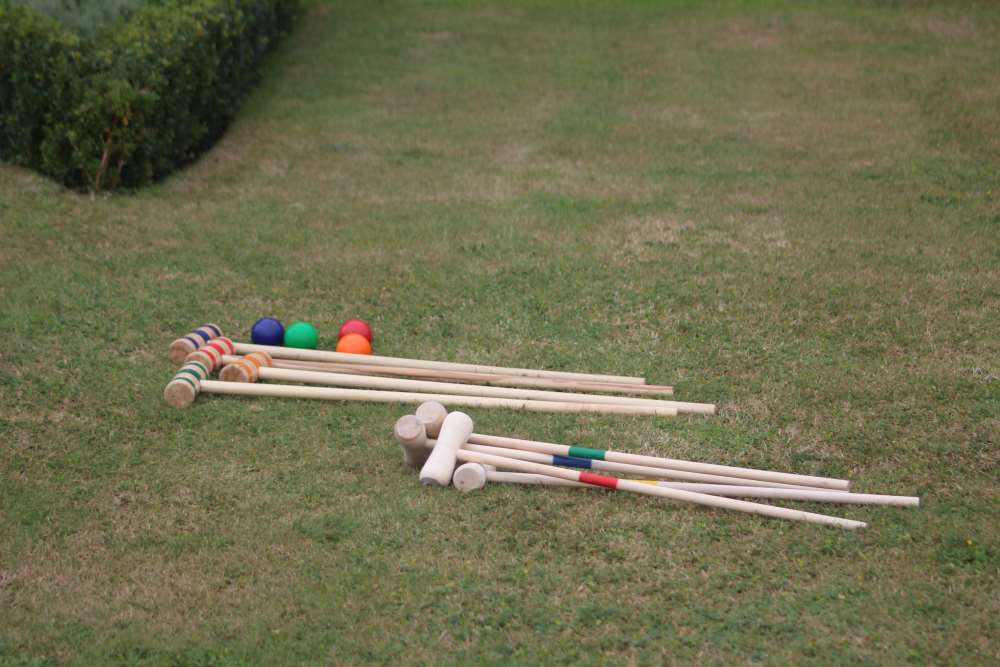 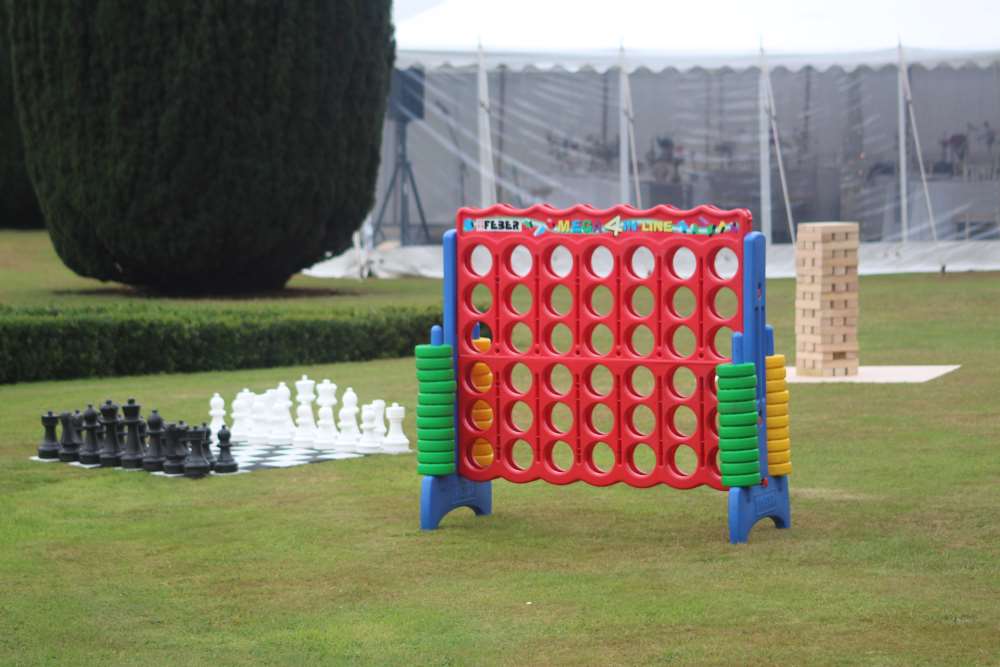 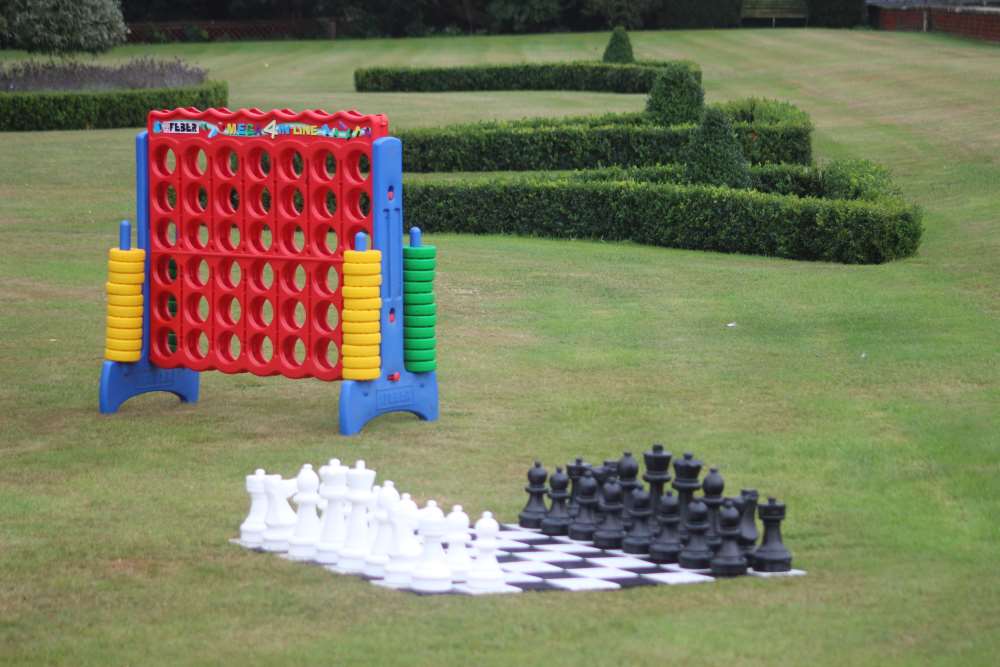 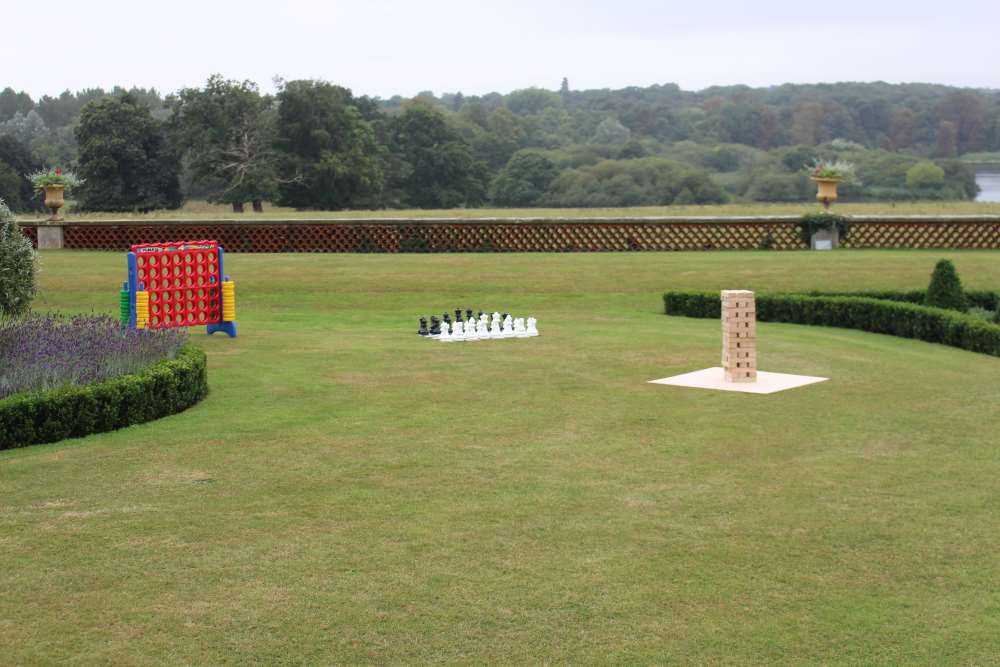 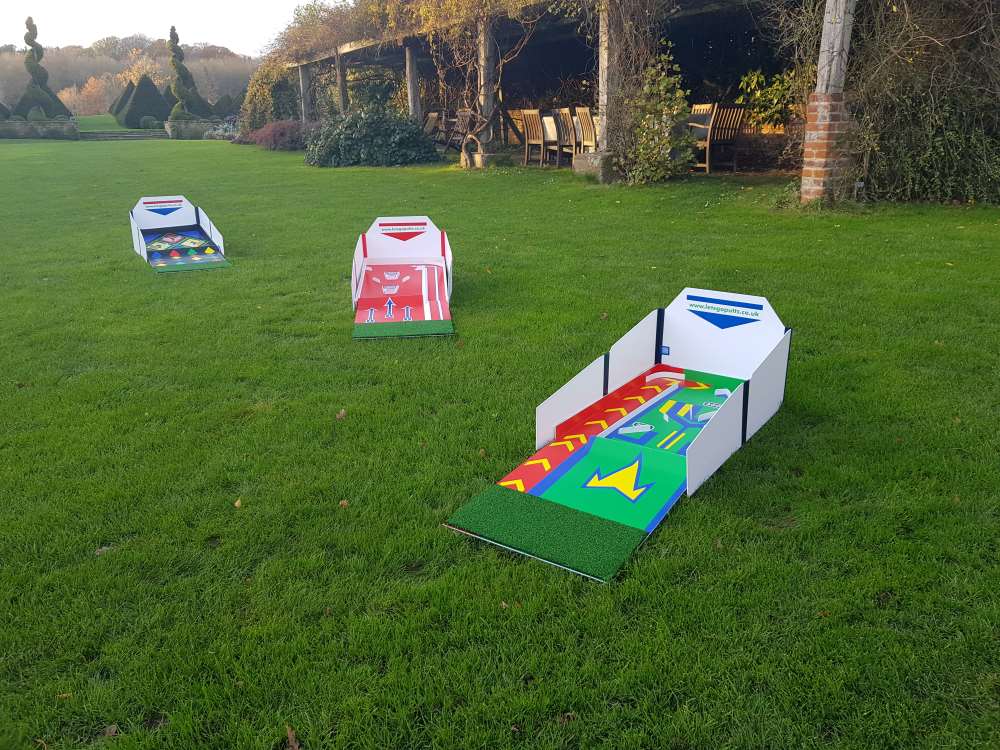 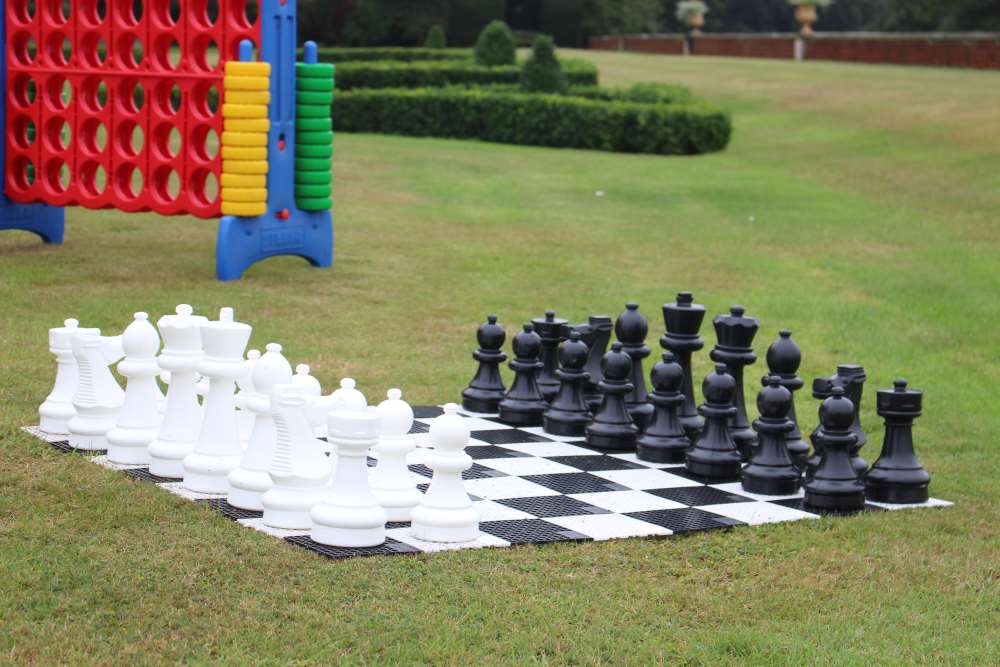 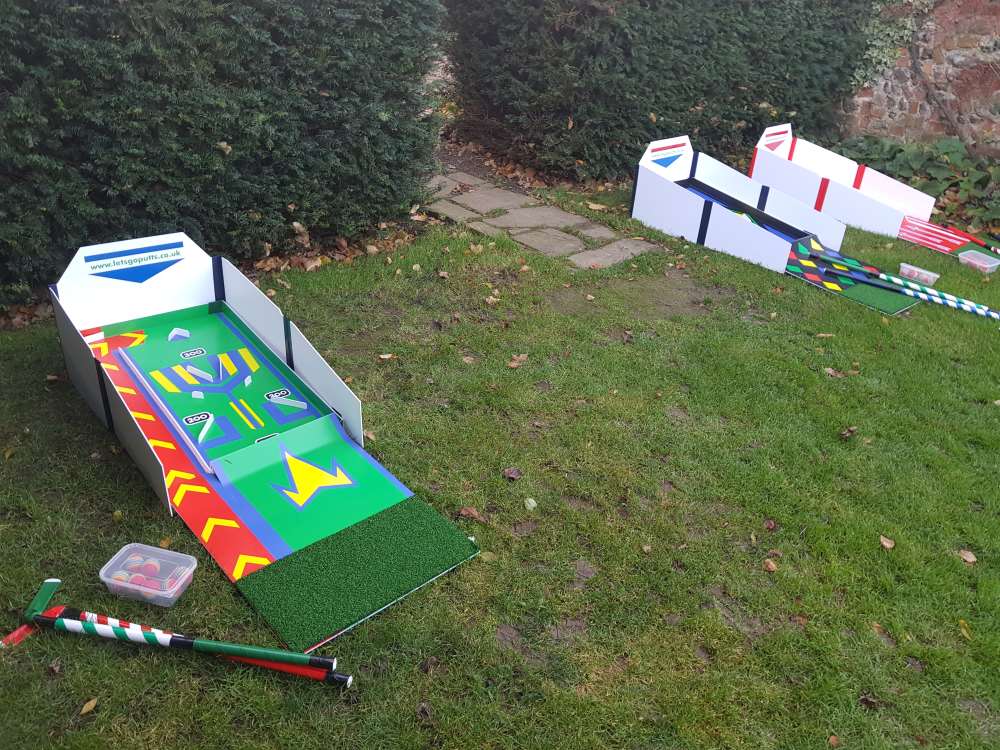 With loads to choose from including:

Giant Jenga consists of a larger than life block game where players take turns removing blocks one at a time, the winner is the last player to pull a block without the tower tumbling down

CONNECT 4 is a giant version of a popular two player strategy based garden game, where players battle it out to be the first to get four in a row!

PINBALL is a huge garden version of a

CROQUET is a traditional lawn game where players take turns hitting balls with a wooden mallet through hoops in the ground, to see who can accumulate the most points to win the game

CHESS is one of the most spectacular garden game versions

QUOITS s a childhood favorite for many, always highly welcomed

You can almost guarantee the smiles and fun at your party!

The games will be brought to your Norwich wedding venue, set up, and left to allow you to enjoy your party. The price includes 3 games of your choice.

Add an extra game to the hire
TBA 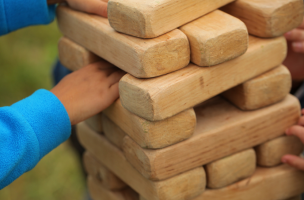 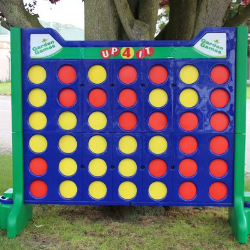 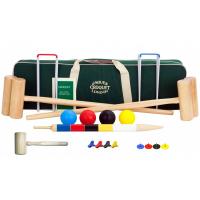 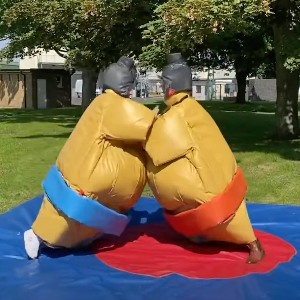 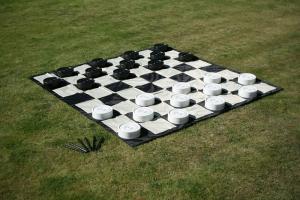