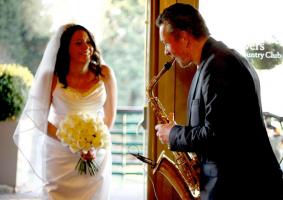 SAXOPHONE PLAYERS based in ipswich

Ian is a much sought-after solo entertainer who has played the saxophone for over 20 years. He is an accomplished musician and performer who has not only worked with some of the UK's top function bands and toured with many international artists, but he has also played on numerous recordings and appeared on TV and radio shows such as Top of the Pops, The National Lottery and The Clive James Show.

In addition to his distinctive, soulful sound and fluent playing, he is an experienced vocalist able to cover many styles of music with a range of instrumentals at his fingertips. Whether performing acoustically or with quality backing tracks, Ian is sure to set the appropriate mood and help create that special atmosphere for your event.

As every event is unique and special, Ian is able to perform a large selection of music, covering many artists and styles - from Soul, Jazz, Motown and pop to disco and club music.

Whether you're looking for some atmospheric background music for your wedding day or more lively, up-tempo party tracks to get you and your guests on the dance floor Ian has the perfect choice of music to entertain you. The performance includes music based on your choices and picked from Ian's playlists and appropriate iPod music during breaks.

Sets and timings are discussed to perfectly fit your day. 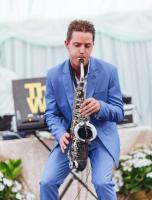